Look upon your family, Lord, that, through the chastening effects of bodily discipline, our minds may be radiant in your presence with the strength of our yearning for you. Through our Lord Jesus Christ, your Son, who lives and reigns with you in the unity of the Holy Spirit, one God, for ever and ever.
* * * * * *

AN ISLANDER WHO ADOPTED NEWFOUNDLAND 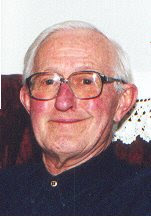 Commended to our prayers is the soul of Father Charles Peter Holland, a native of Prince Edward Island, who adopted Newfoundland as his home (or was adopted by the people of Newfoundland), who passed away on Sunday.
Father Charlie was among the first Jesuits to go "the Rock" when the Society of Jesus took on responsibility for Gonzaga High School and St. Pius X parish in St. John's fifty years ago.  He taught at Gonzaga, served in the parishes of the Archdiocese (particularly at Topsail, where a wake was held last night).  Later, when a private school "in the Jesuit tradition" was established in response to the deconfessionalization of the schools in Newfoundland and Labrador, he directed St. Bonaventure's School.
The wake will continue today at St. Pius X church where his funeral will be held tomorrow.
R.I.P.

Posted by Archbishop Terry at 7:04 AM