Saint Matthew, Apostle and Evangelist
O God, who with untold mercy were pleased to choose as an Apostle Saint Matthew, the tax collector, grant that, sustained by his example and intercession, we may merit to hold firm in following you. Through our Lord.
* * * * * * 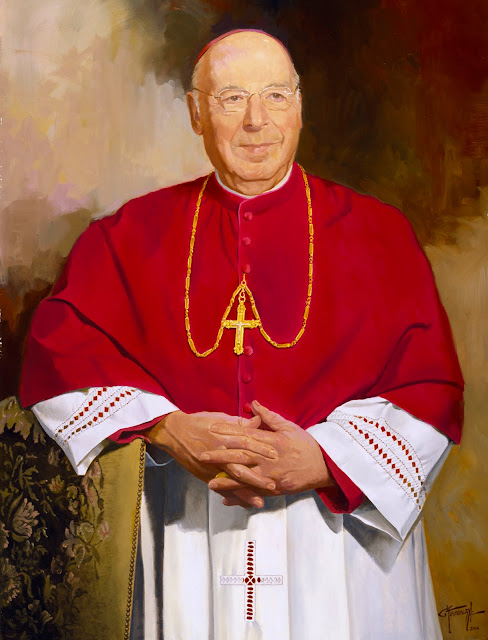 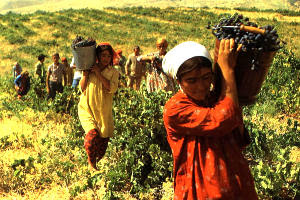 Twenty-sixth Sunday in Ordinary Time (Year "A") - September 25, 2011
“WHICH SON DID THE WILL OF HIS FATHER?”
[Texts: Ezekiel 18.25-28 [Psalm 25]; Philippians 2.1-11; Matthew 21.28-32]
A proverb often stated in was “the fathers have eaten unripe grapes, and the children's teeth are set on edge”.  The meaning seems clear: one generation is suffering consequences flowing from the behaviour of a previous generation.  In Ezekiel's time, people used the proverb to infer that the deportation to being suffered then was due to the sins of their ancestors.
When Ezekiel delivered his oracles, however, he declared God wanted people to stop using the proverb forthwith.  As the one providently guiding the destinies of all his children, God has determined that offspring shall not suffer death on account of the sins of their parents.  Only the specific individual who sins shall die.
So, each person must assume responsibly for their behaviour in the successive stages of life.  And it is the ultimate choices that are determinative for the success or failure of one's life.  The righteous person who commits sin dies for their iniquity.  Henceforth his or her previous righteous actions will have no bearing on their fate.
But the wicked person who repents and lives a righteous life will find his or her past sins have been forgotten by God.  “Because they considered and turned away from all the transgressions that they had committed, they shall surely live”.
Like Ezekiel, John the Baptist and Jesus preached obedience to God's call.  And their conviction that God desires all to repent and come, by conversion, to experience that those who do so “shall not die”.  Jesus' parable of the father with two sons, found only in Matthew's gospel, has affinities to the uniquely Lukan parable of the prodigal son and his brother who struggle to accept the compassionate behaviour of their father for them (Luke 15.11-32).
In the Matthean parable, the first son gives a curt refusal to his father's command to “go and work in the vineyard today”.  Yet later he “changed his mind [=repented] and went”.  By contrast, the second son gave a respectful assent (“I am going, sir”), but afterwards did not go and work.  When Jesus asked, “which of the two did the will of his father?” the answer was obvious and the religious leaders fell into the trap which passed judgment on themselves.
Indeed, the parable's overall function is polemical, preparing for Jesus' saying that “the tax collectors and prostitutes are going into the ahead of you”.  The religious leaders initially had said “yes” to God's prophetic message communicated by John the Baptist.  All , including the Pharisees and Sadducees had flocked to the wilderness to hear John's proclamation (3.5-7).
But the religious leaders did not let the message of John move them to repent.  By contrast, the tax collectors and prostitutes—those who had in their lives been saying “no” to God's revealed message—had a change of mind and made his message their own.
In Matthew's gospel, the teaching of Jesus often emphasizes that one's deeds must agree with what one says.  One's words and deeds must be in harmony with each other.  This was notably the case with Jesus' own life, in which he was called to be fully obedient to the Father, even to death on the Cross.
Paul elaborates on the model that Jesus offers for a Christian's behaviour.  Christ did not seek to take advantage of his divine status.  Rather he emptied himself in two ways.  First, by his taking on the human condition.  Then, by accepting the full limitations of human life and dying shamefully on the Cross (“obedient to the point of death”).
Afterwards, God glorified Jesus by giving him “the name above every name”: “the Lord”.  This is the title by which God was known in Old Testament times.  All creatures human and angelic (“in heaven and on earth and under the earth”) are now subject to Jesus.  Henceforth, every knee should bend in homage to him.  And every tongue must confess “that Jesus Christ is Lord to the glory of God the Father”.
In conclusion, Paul says Christians, since they have received so much, must, like Jesus, be without “selfish ambition or conceit”.  Christians cultivate the opposite virtues.  “In humility regard others as better than yourselves ... look not to your own interests but to the interests of others”.
Posted by Archbishop Terry at 6:19 AM