ARCHBISHOP PLOURDE - 20 YEARS OF THE ORDER OF CANADA

Then, delivering a souvenir of the assembly to Archbishop Joseph-Aurele Plourde's apartment in the John Paul II Residence, I noticed on the wall outside the Order of Canada certificate indicating he had received his nomination exactly twenty years earlier to the day.

Checking the Order of Canada's website, I found the following citation:

Archbishop of Ottawa for twenty years, educator, eloquent speaker and the moderator of numerous conferences, he has proven himself a worthy representative - especially in the field of education - of the French-speaking minorities of New Brunswick, Ontario and the rest of Canada.

Ever alert to the needs of the hour, he was co-founder of Development and Peace, an organization established to improve the living conditions of the poorest of the poor in the Third World.

His dedication and his constant contribution to ecumenism have given him an influential role in the universal church. 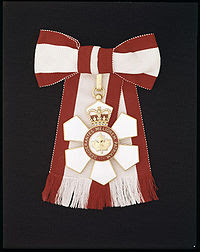 Today the Church's liturgical observance is that of the founder of the Claretians, a religious community two members of which administer Holy Cross Parish on Walkley Avenue in South Ottawa.

Anthony Mary Claret, the "spiritual father of Cuba" was a missionary, religious founder, social reformer, queen’s chaplain, writer and publisher, archbishop and refugee. He was a Spaniard whose work took him to the Canary Islands, Cuba, Madrid, Paris and to the First Vatican Council. 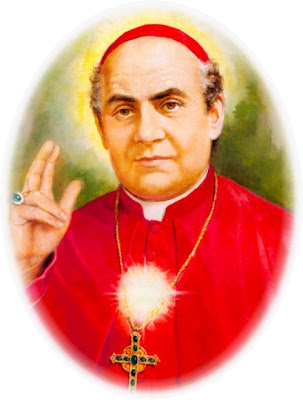 In his spare time as weaver and designer in the textile mills of Barcelona, he learned Latin and printing: the future priest and publisher was preparing. Ordained at 28, he was prevented by ill health from entering religious life as a Carthusian or as a Jesuit, but went on to become one of Spain’s most popular preachers.

He spent ten years giving popular missions and retreats, always placing great emphasis on the Eucharist and devotion to the Immaculate Heart of Mary. Her rosary, it was said, was never out of his hand. At 42, beginning with five young priests, he founded a religious institute of missionaries, known today as the Claretians.

He was appointed to head the much-neglected archdiocese of Santiago in Cuba. He began its reform by almost ceaseless preaching and hearing of confessions, and suffered bitter opposition mainly for stamping out concubinage and giving instruction to black slaves.

A hired assassin (whose release from prison Anthony had obtained) slashed open his face and wrist. Anthony succeeded in getting the would-be assassin’s death sentence commuted to a prison term. His solution for the misery of Cubans was family-owned farms producing a variety of foods for the family’s own needs and for the market. This invited the enmity of the vested interests who wanted everyone to work on a single cash crop—sugar. Besides all his religious writings are two books he wrote in Cuba: Reflections on Agriculture and Country Delights.

Claret was recalled to Spain for a job he did not relish—being chaplain for the queen. He went on three conditions: He would reside away from the palace, he would come only to hear the queen’s confession and instruct the children and he would be exempt from court functions. In the revolution of 1868, he fled with the queen’s party to Paris, where he preached to the Spanish colony.

All his life Anthony was interested in the Catholic press. He founded the Religious Publishing House, a major Catholic publishing venture in Spain, and wrote or published 200 books and pamphlets.

At Vatican I, where he was a staunch defender of the doctrine of infallibility, he won the admiration of his fellow bishops. Cardinal Gibbons of Baltimore remarked of him, "There goes a true saint."

He died in exile in the Cistercian monastery of Fontfroide in southern France near the border with Spain, on October 24, 1870 at the age of 63.

Anthony Mary Claret was said to possess the gift of prophecy and performed many miracles. He was opposed by the liberal forces of Spain and Cuba and endured many trials.

Milestone: the counter on Blogspot indicates this is post #200!
Posted by Archbishop Terry at 6:48 AM