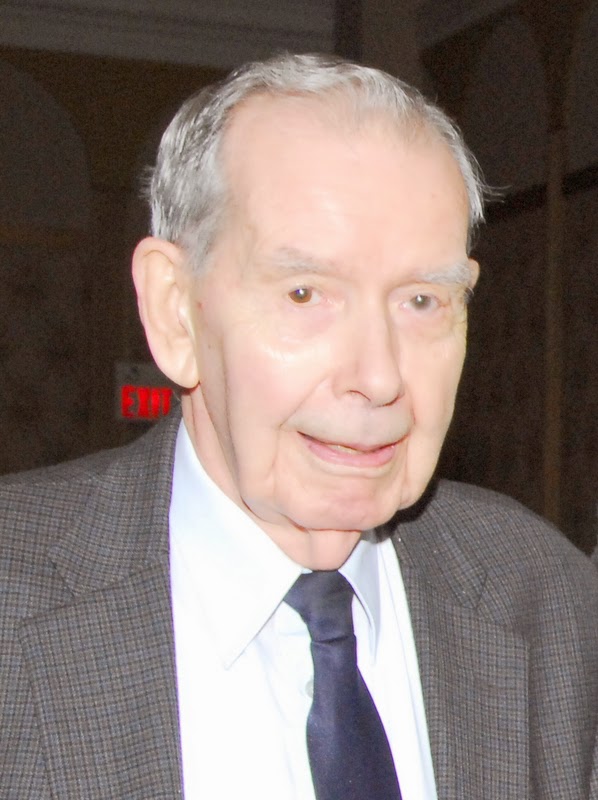 Brother Terence Arnold Gainer, S.J., 87, died peacefully in the Lord on November 7, 2014 at Rouge Valley Ajax-Pickering Hospital. He had been in Religious Life for 65 years.

Brother Gainer was born in Arthur, Ontario, the son of Albert Gainer and Rosalie Fahey, on July 24, 1927. He entered the Jesuit novitiate at Guelph on April 26, 1949. After first vows, he remained in Guelph as a tailor until 1955 when he moved to Montreal to work in the Loyola College bookstore. It was there that I met him in my first year of High School in the fall of 1957.

Terry was one of the first Jesuit Brothers to make the special brothers’ spiritual programme before final vows known as tertianship, which he did for three months in 1958 at El Paso, Texas. In 1959, he moved to Canadian Martyrs Residence at 2 Dale Avenue in Toronto to become Brother Socius (administrative assistant) to the Provincial.

Gonzaga High School in Newfoundland opened in 1962 and Brother Gainer was missioned there a year later as treasurer, and then minister of the community. He loved life on "The Rock" and remained there until 1974, when he became the assistant director and treasurer of Martyrs’ Shrine in Midland, Ontario.

Brother Terry returned to the Provincial’s Office in 1977 when he was made assistant treasurer of the Province. But that same year he had had open heart by-pass surgery and the prognosis was not encouraging. That he lived for several more decades is nothing short of a miracle. He suffered from minor health challenges which caused him to withdraw into himself from time to time over his life.

In 1990, lay personnel moved into the treasury and Brother Terry went as treasurer to Manresa House in Pickering. During this stay in Pickering, he served at Martyrs’ Shrine during the pilgrimage season; in the off-season he was assistant to the superior at La Storta Residence, Pickering. Once his assignment at the Shrine ceased, he returned to 2 Dale Avenue in 1998 and worked in the Jesuit Development Office.

Increasing health and medical problems prompted Brother Gainer's move to the Rene Goupil House, the Jesuit Infirmary at Pickering in late 2008. Of a balanced temperament, Brother Terry was always interested in group gatherings and never failed to visit with his numerous cousins, friends and brothers in the Lord. For a few years he went weekly by GO Train and subway to help the Jesuit Development Office. He loved Jesuit retreats and jubilees and was always on the lookout for news and tidbits on various people or apostolates. 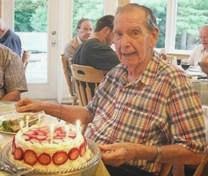 His love for life, no matter how tenuous it might have been at various stages of illness, was an inspiration, not only to Jesuits, but especially to the lay staff. Often he was taken out to lunches by them and they regularly came to La Storta residence in Pickering for the weekend social and dinner.

Brother Gainer’s wake will take place at St. Ignatius Chapel, Manresa Jesuit Retreat Centre, Pickering, ON, this evening, Monday, November 10, 2014 from 7 to 9 PM (the Prayer Vigil will be held at 8 o’clock).

The Funeral Liturgy will be celebrated in St. Ignatius Chapel, at 10:30 AM on Tuesday, November 11; the burial will take place at 2:30 PM, at the Jesuit Cemetery, Guelph, ON.

Posted by Archbishop Terry at 3:03 PM