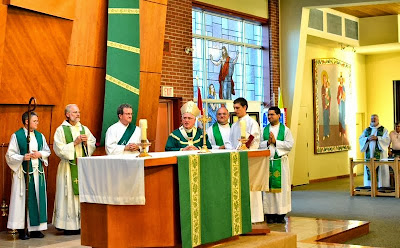 Today's Old Testament reading and gospel present biting criticisms of luxurious living. Each faults those who possess an abundance of goods for their failure to show compassion. The psalm describes God as the champion of the dispossessed of every kind. Finally, the epistle calls to mind the commitment of the baptized to live their faith.

The prophet Amos denounced what today we would call conspicuous consumption. The seer's stinging criticism noted signs of opulence, people lying on “beds of ivory” and “lounging on couches”. He observed excess as they drank wine by the bowlful rather than from a goblet in moderation.

Amos preached his message in the second quarter of the eighth century B.C. It was a time of apparent peace that seemed to promise increasing prosperity. The Northern Kingdom dreamed of grandeurs to come (Amos 6.13-14).

Especially among the residents of Samaria—to whom the words we hear today were addressed—luxury and a certain snobbishness held sway. Beneath the superficial calm, however, a social cancer lay lurking.

Into this dream world Amos came preaching a social gospel rooted in radical faith in God alone. To those who lacked a social conscience Amos promised the first place in the coming deportation.

Faithful Samaritans ought to have cared for the poor with whom they were bound in a common faith. Instead, they cared not at all for the “ruin of Joseph”, their community of faith and culture. Their indifference would be met with a divinely-imposed recompense.

The positive side of Amos' proclamation foreshadowed that of the gospel of Jesus. He inquired of his hearers what things they possessed that they had not received from God, wondering how they could boast of them as if they were their own (cf. 1 Corinthians 4.7). 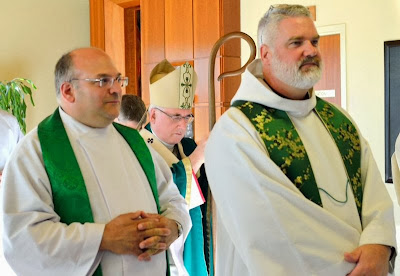 By stressing God's identification with the lot of the poor, Amos anticipated what Jesus would say, “what you did to one of these, the least of my sisters and brothers, you did to me” (Matthew 25.40).

An aspect of the teaching of Jesus regularly emphasized in Luke's Gospel is the prudent use of material possessions. Throughout Luke's narrative of Jesus' journey to Jerusalem (Luke 9.51-19.27), He offered instruction to various groups. In this case, Jesus spoke to the Pharisees who were said to be “lovers of money” (16.14) and illustrated His saying that “what is prized by human beings is an abomination in the sight of God” (16.15).

Jesus' teaching in this parable, the only one in which a character is given a proper name (Lazarus), illustrates the “everlasting dwellings” spoken of in the Parable of the Dishonest Steward (16.9). Likewise, it emphasizes the reversal of situations taught earlier about the rich and poor (6.20, 24)

The parable has two parts: in the first, Jesus taught that in the after-life there is a counterbalancing of the situation that held sway in this life; in the second, Jesus argued that even a messenger from the dead cannot effect repentance among rich people whose hearts have been hardened against the poor.

There’s a problem we have to face as we read these reflections and that is the question of God’s initiative in drawing us to himself and our response.

In his recent interview, Francis noted that men and women religious are called like Amos to be prophets. They are to show how Jesus lived on earth and proclaim how the kingdom of God will be in its perfection.

Pope Francis said, “A religious must never give up prophecy…The charism of men and women religious is like yeast: prophecy announces the spirit of the Gospel.” And yes, prophets make us uneasy.

In images, Francis returned to the patristic concept of the Church as a hospital for sinners. 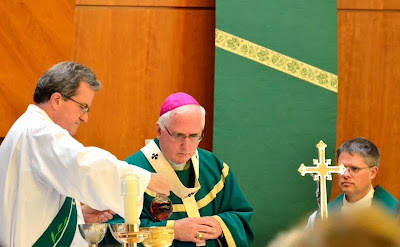 “I see clearly,” he says, “that the thing the church needs most today is the ability to heal wounds and to warm the hearts of the faithful…The most important thing is the first proclamation: Jesus Christ has saved you. And the ministers of the church must be ministers of mercy above all.”

Each of us, you see, is called to share in the new evangelization, providing that you yourself are evangelized. Pope Francis has indicated that he wants to move the church away from ideological fixations of a moralizing sort and toward proclaiming the gospel. The order of church life must be inviting people to know God in Christ first. Then comes the moral order, as a response to one’s coming to know God’s mercy, forgiveness, and joy. Often the order gets reversed and that’s where trouble ensues. This is where the issues of abortion, contraception, active homosexuality, and other life issues come in. Virtuous behaviour in these areas is a response to God’s grace, not a pre-condition to belonging to the community of God’s Kingdom and the Church. 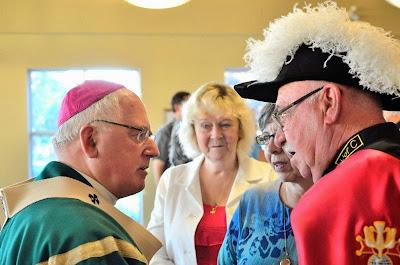 Most people need a close walk with the Lord to understand why the Church says no to abortion, gay marriage, and contraception. Without Jesus deeply in your life, it is hard to understand these prohibitions. But how do people get to know Jesus? People get to know him by God’s people—you—evangelizing and telling them about your Lord and Saviour. By you telling a person you know what Jesus has done for us and for you in particular. You must tell that person how Jesus has saved you, loved you, and healed you. Then you must let the Holy Spirit take over as you pray for that person.

I pray that all of us here today, especially those who have taken part in this program supporting women dedicated to the spiritual motherhood of priests may share the faith and serve the poor, enter fully into these sacred mysteries that we are celebrating at this Lord’s Day Mass. On this Saturday, which honours Our Blessed Mother, let us ask Mary’s aid in being drawn to her Son so that we, in our turn, may draw others to him. 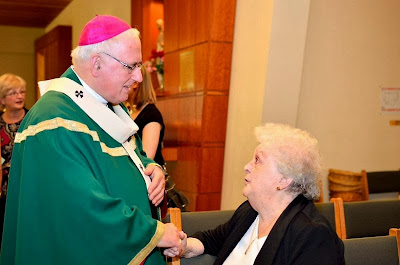 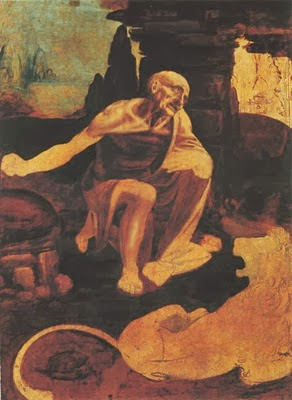 September 30 features the annual memorial of Saint Jerome, inspiration and patron of those engaged in scriptural translations and the teaching of Sacred Scripture.

A Prayer of Saint Jerome for Christ's Mercy

O Lord, show Your mercy to me and gladden my heart. I am like the man on the way to Jericho who was overtaken by robbers, wounded and left for dead. O Good Samaritan, come to my aid. I am like the sheep that went astray. O Good Shepherd, seek me out and bring me home in accord with Your will. Let me dwell in Your house all the days of my life and praise You for ever and ever with those who are there. Amen.

Posted by Archbishop Terry at 10:00 PM